Ambition can be killer. 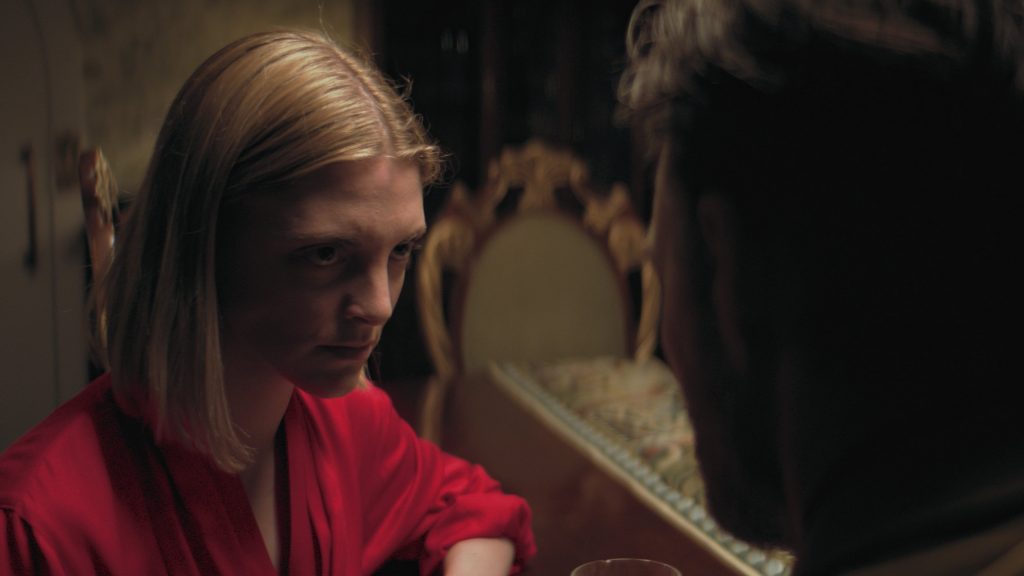 Director Amelia Moses and star Lauren Beatty will be in attendance on opening night to introduce the film, and for a Q&A afterwards!

Grey is an indie singer who is having visions that she is a wolf. When she gets an invitation to work with notorious music producer Vaughn Daniels at his remote studio in the woods she begins to find out who she really is.

Academy of Motion Picture Arts and Sciences: #1 on their 13 Best Horror Movies of 2021 list!

“a strong horror payoff…The music is incredible and Beatty’s performance is deserving of laurels.” (Rue Morgue)

When indie singer Grey struggles to write her sophomore album, she teams up with a mysterious producer at his secluded cabin. Though their bond strengthens her music, it also starts to irreparably alter Grey’s body and mind.
© 2022 Mayfair Theatre
Site by 3VL INC.