This is not a safe space. 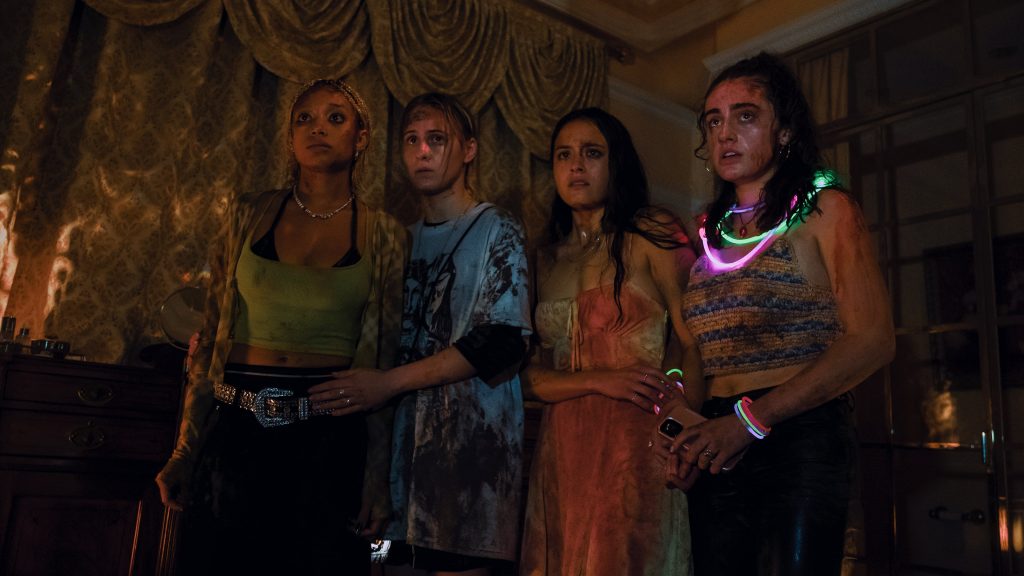 In an isolated family mansion, a group of rich 20-somethings decides to play Bodies Bodies Bodies, a game where one of them is secretly a “killer” while the rest tries to “escape”. Things take a turn for the worse when real bodies start turning up, setting off a paranoid and dangerous chain of events.

5 Stars! “Phenomenally written, perfectly cast, and expertly directed, director Halina Reijn’s murder mystery is crafted with such magnificence that she leaves Agatha Christie choking in her dust. Not since Scream has a horror comedy so successfully captured the zeitgeist.” (Common Sense Media)

5 Stars! “an extremely fun time that blends tried-and-true genre tropes with prescient views on the human condition in a story that is funny, thrilling and simmering with angst that is sure to provoke. Highly recommended.” (The AU Review)

4/4 Stars! “easily one of the most exciting movies of 2022…As far as whodunit mysteries go, Bodies Bodies Bodies keeps you guessing up to the very end, a factor of DeLappe and Roupenian’s sharp writing…the entire cast is excellent” (A Movie Guy)