When the World of Childhood Encounters That of Horror 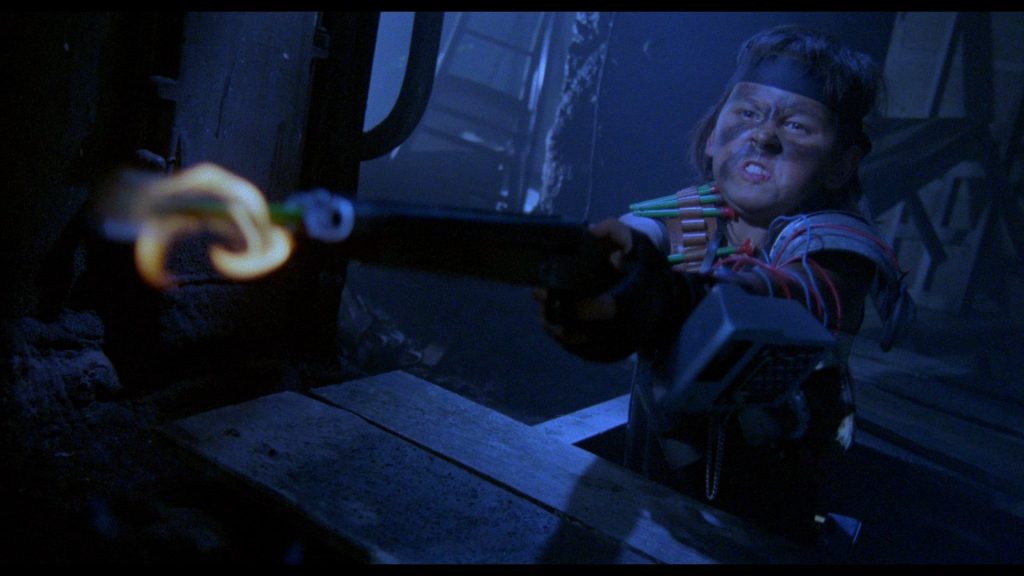 Thomas is a typical 1980’s kid: he loves Rambo, computers, role-playing games and his dog. While mom’s away at the office on Christmas Eve, Thomas and his grandfather are left home alone — perfect timing for a disgruntled, perverted, bloodthirsty Santa Claus to raid the home down the chimney. But, Hell hath no fury like a mulleted ten-year-old with an arsenal of toys!

“An explosive dose of Holiday cheer…a 1989 French horror gem…Visually everything was great. The acting was great” (Horror Press)

“Plays like a blend of classic Amblin and a grindhouse nightmare. To say ‘this shit is nuts’ would be an understatement.” (SlashFilm)

“Beautifully shot and crazed enough to keep you on your toes, this is a film that’d have a bigger cult following if more viewers actually had the chance to see it.” (Mondo Digital)

“the edgier big brother of Home Alone, pre-dating it by a year but presenting a much darker version of the kid-versus-home-invader Christmas movie we all love.” (Film Pulse)

Thomas, a very intelligent and resourceful child, is left alone with his beloved and fragile granddad on Christmas Eve, when a psychopath dressed as Santa Claus breaks into their mansion and starts chasing them. Thomas will do whatever he can to save himself and his granddad, leaving much of his childhood innocence behind.
© 2022 Mayfair Theatre
Site by 3VL INC.