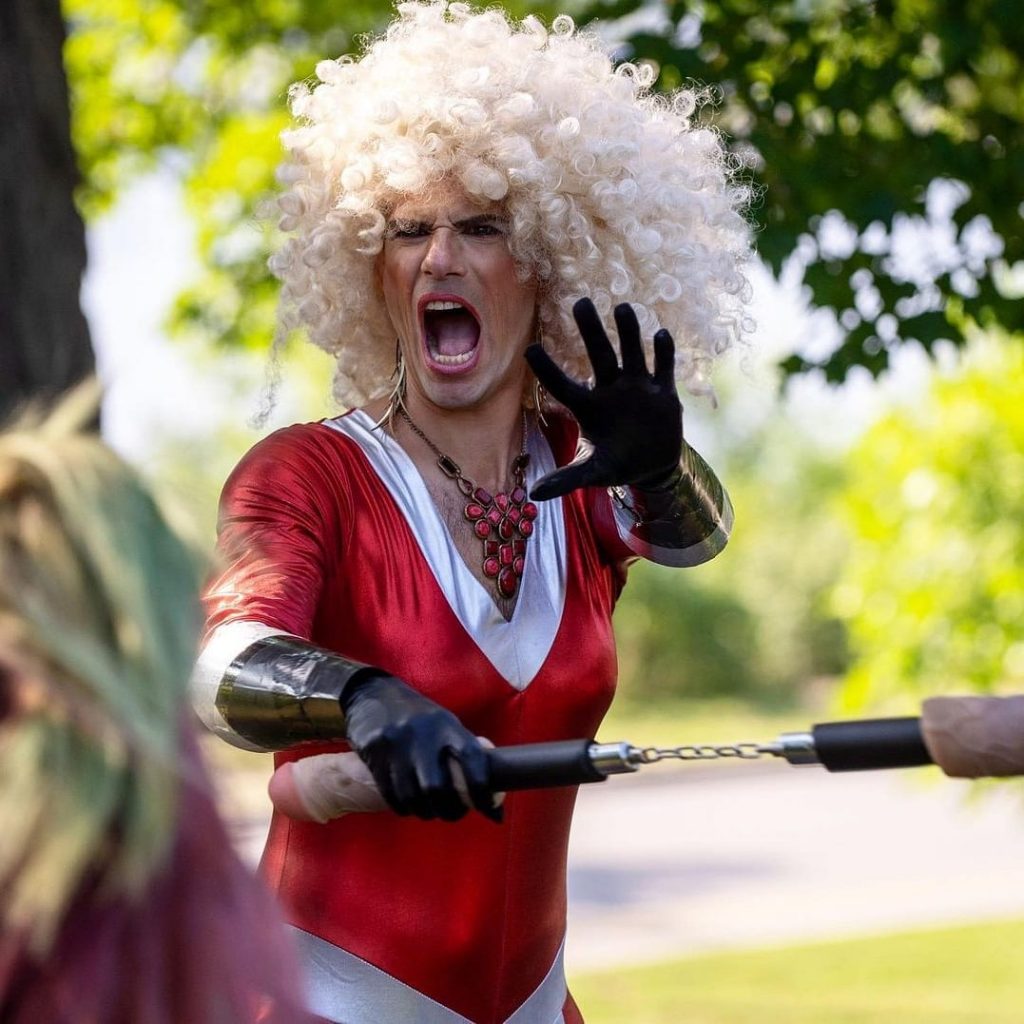 Get ready to go on a Drag-Fu odyssey, filled with face-crunching action, corset-busting comedy, gut-munching horror, and soul-touching musical numbers! You’ve never experienced anything like Enter the Drag Dragon! This blast of true of independent cinema will leave you wobbly in your heels as you try to recover from the non-stop thrill ride of adventure, laughs, screams, and romance.

Crunch is a part-time amateur detective, and a full-time Drag Queen. His lifelong best friend is Jaws, a roller-skating entrepreneur and fast-food delivery girl. The odd-ball pair has been through a lot over their lives, but are as close as siblings. They are no strangers to fast-times, adventure, and action.

They spend their days working hard, and their nights watching chopsocky kung fu flicks in the abandoned movie theatre they’ve lived in since childhood, along with their childhood guardian, Fast Buck. Most of Crunch and Jaws’ earnings go to Buck, to help him make ends-meet, and keep their stomachs full of popcorn and a roof over their heads.

However, when Crunch takes it upon himself to solve his biggest case yet and track down a stolen panting that might reveal the truth of the mythical treasure of the of the Aztec Mummy, he discovers that he has much more to fear than the supposed undead army that guards the legendary loot.

He soon finds himself over his head dealing with corrupt cops, zombies, dangerous mobsters, a lost puppy, ninjas, a budding romance, and ghosts. With mounting obstacles, Crunch realizes that he can’t handle this one on his own, and must team up with Jaws and Buck if he wants to survive, let alone solve this case! Crunch only has one rule, never cross a cross-dresser!