There's only one movie scarier than The Evil Dead... 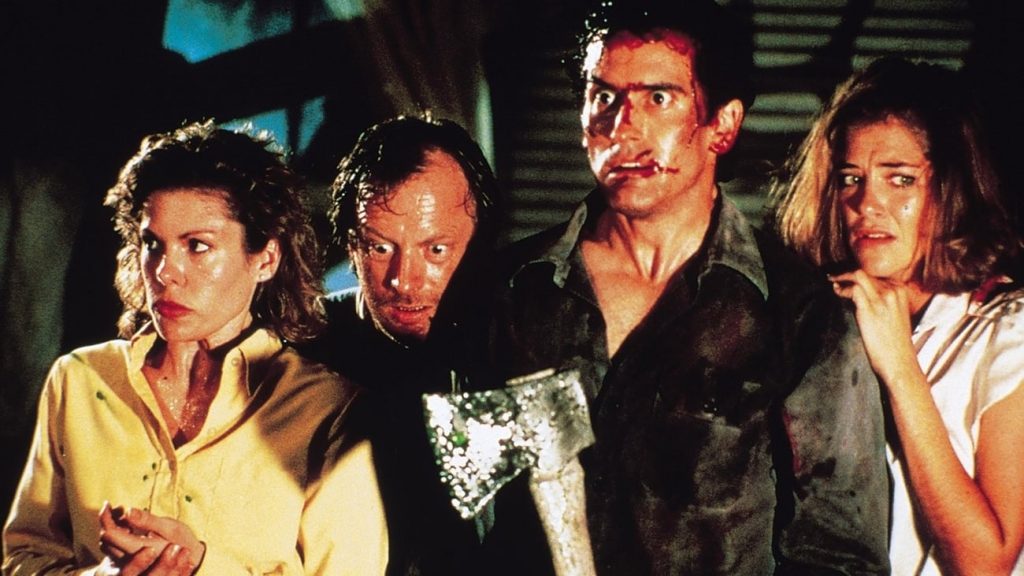 Ash Williams once again battles horrifying demons at a secluded cabin in the woods. After discovering an audiotape left by a college professor that contains voices reading from the Book of the Dead, Ash’s girlfriend Linda becomes possessed by evil spirits. Ash soon discovers there is no escaping the woods.

5 Stars! “The gaudily gory, virtuoso, hyper-kinetic horror sequel/remake uses every trick in the cinematic book, and confirms that Bruce Campbell and Raimi are gods.” (Empire)

5 Stars! “it’s just well and truly special, a real once in a lifetime sort of movie…For it is a horror-comedy; it is perhaps- no, I’m not going to qualify it. It is the best horror-comedy ever made, splitting the difference between the two states so evenly and smoothly that half the time I’m not even sure whether it’s the horrific or the comic part of the movie that I’m watching. It’s that perfect marriage of two seemingly disparate modes that makes this such a dazzling gem of a movie.” (Alterante Ending)

5 Stars! “It’s remarkable how Raimi keeps the balance between the horror and laughter just right…Campbell’s acting, combined with Raimi’s direction, are what seperate this film from the pack…Evil Dead 2 strikes just the right balance, making it an enduring cult classic.” (eFilmCritic)

The Ottawa Premiere documentary Hail To The Deadites screens the Week of Friday September 24th!

Ash Williams and his girlfriend Linda find a log cabin in the woods with a voice recording from an archeologist who had recorded himself reciting ancient chants from "The Book of the Dead." As they play the recording an evil power is unleashed taking over Linda's body.
© 2022 Mayfair Theatre
Site by 3VL INC.