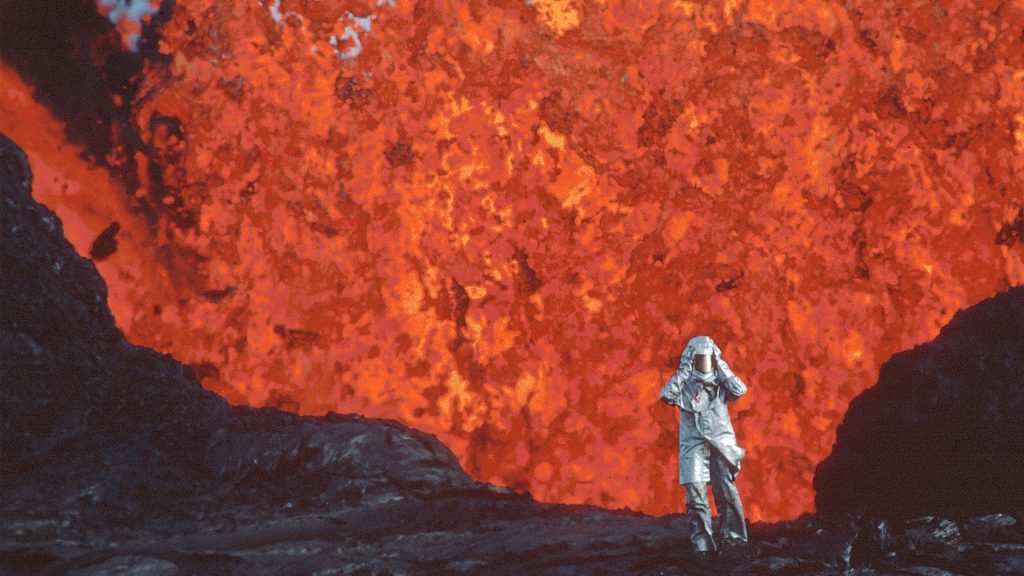 Intrepid scientists and lovers Katia and Maurice Krafft died in a volcanic explosion doing the very thing that brought them together: unraveling the mysteries of volcanoes by capturing the most explosive imagery ever recorded.

99% Certified Fresh! “Whether as a story of one couple’s quixotic quest or simply a stunning collection of nature footage, Fire of Love burns bright.” (Rotten Tomatoes)

5 Stars! “a charming, stirring and whimsically presented documentary…Fire of Love is one of the best films of 2022 and it is strongly recommended that you see it on the biggest screen as possible.” (The AU Review)

Katia and Maurice Krafft loved two things — each other, and volcanoes. For two decades, the daring French volcanologist couple were seduced by the thrill and danger of this elemental love triangle. They roamed the planet, chasing eruptions and their aftermath, documenting their discoveries in stunning photographs and breathtaking film to share with an increasingly curious public in media appearances and lecture tours. Ultimately, Katia and Maurice would lose their lives during a 1991 volcanic explosion on Japan’s Mount Unzen, but they would leave a legacy that would forever enrich our knowledge of the natural world.
© 2022 Mayfair Theatre
Site by 3VL INC.