There are some very good reasons to be afraid of the dark. 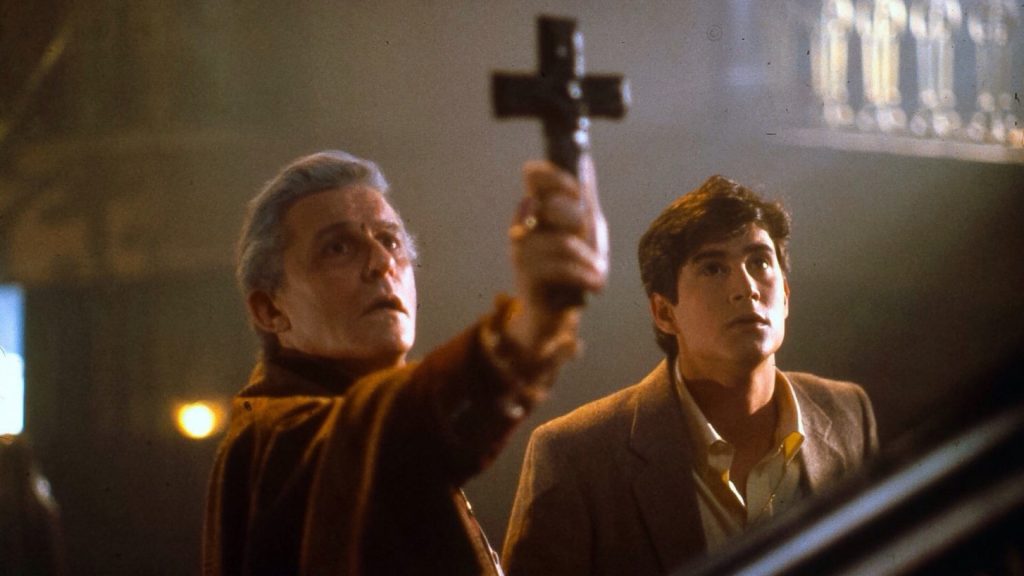 A teenager discovers that the newcomer in his neighborhood is a vampire, so he turns to an actor in a television horror show for help dealing with the undead.

“A playful, loving homage to the golden age of horror, yet completely its own beastly fun ride of frights and thrills, Fright Night still has as much bite today as it ever has” (Starburst)

“a masterful take off on Hitchcock with an eighties twist that is absolutely excellent…a horror gem worth celebrating…a taut and entertaining horror comedy that perfectly balances out both genres…is assuredly not just an eighties horror classic, but a horror masterpiece that takes an old premise and transforms it in to something fresh and unique.” (Cinema Crazed)

“the best American example of a cinematic tale of the undead from the 1980s…a true, if underappreciated, classic of the horror and vampire genres.” (Slant)

Charley Brewster, a high school student, accidentally discovers the true and creepy nature of Jerry Dandrige, his dashing and enigmatic new neighbor; but no one seems willing to believe him.
© 2022 Mayfair Theatre
Site by 3VL INC.