From Russia With Love

The world's masters of murder pull out all the stops to destroy Agent 007! 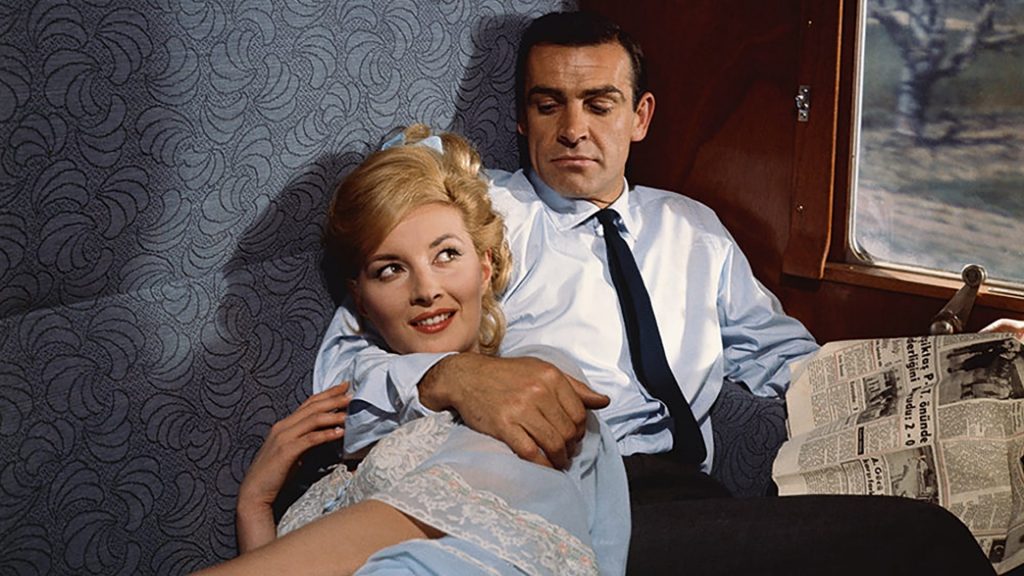 Advance tickets now available for From Russia With Love!

James Bond willingly falls into an assassination plot involving a naïve Russian beauty in order to retrieve a Soviet encryption device that was stolen by S.P.E.C.T.R.E.

5 Stars! “a terrific thriller in its own right, owing much to Alfred Hitchcock and Carol Reed’s The Third Man in its marvellous atmosphere of foreign intrigue. Superbly shot” (Radio Times)

Agent 007 is back in the second installment of the James Bond series, this time battling a secret crime organization known as SPECTRE. Russians Rosa Klebb and Kronsteen are out to snatch a decoding device known as the Lektor, using the ravishing Tatiana to lure Bond into helping them. Bond willingly travels to meet Tatiana in Istanbul, where he must rely on his wits to escape with his life in a series of deadly encounters with the enemy.
© 2022 Mayfair Theatre
Site by 3VL INC.