Don't get him wet, keep him out of bright light, and never NEVER feed him after midnight. 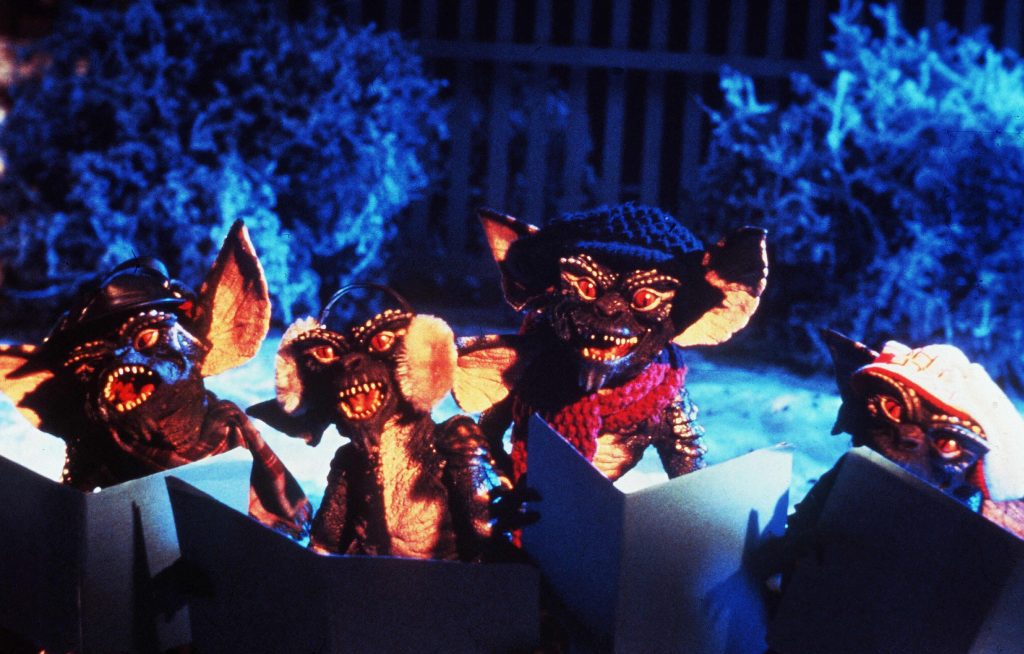 When Billy Peltzer is given a strange but adorable pet named Gizmo for Christmas, he inadvertently breaks the three important rules of caring for a Mogwai, and unleashes a horde of mischievous gremlins on a small town.

5 Stars! “Gremlins still retains its broad appeal with sadistic humour, dazzling animatronic effects and a critique of consumer culture that feel fresh and relevant today…features a proliferation of memorable moments that amuse, chill and enthral…An enchanting yet savagely funny movie, Gremlins belongs alongside Ghostbusters as an enduring mainstream masterpiece from the summer of 1984. Just don’t watch it after midnight.” (Digital Spy)

5 Stars! “Director Joe Dante tells a simple story with anarchic spirit, rabid humour and painstaking puppetry to delightfully messy effect…With its festive re-release in the age of slinky CGI, the hand-crafted chaos of Gremlins promises, now more than ever, a delirious, alternative riot.” (The Skinny)

5 Stars! “Dante’s critters-run-amok-in-snowbound-Spielberg-suburbia satire takes the Christmas milieu of It’s A Wonderful Life and splatters it with cartoony carnage, anarchic comedy and a stripe of gleeful subversion a mile wide.” (Empire)