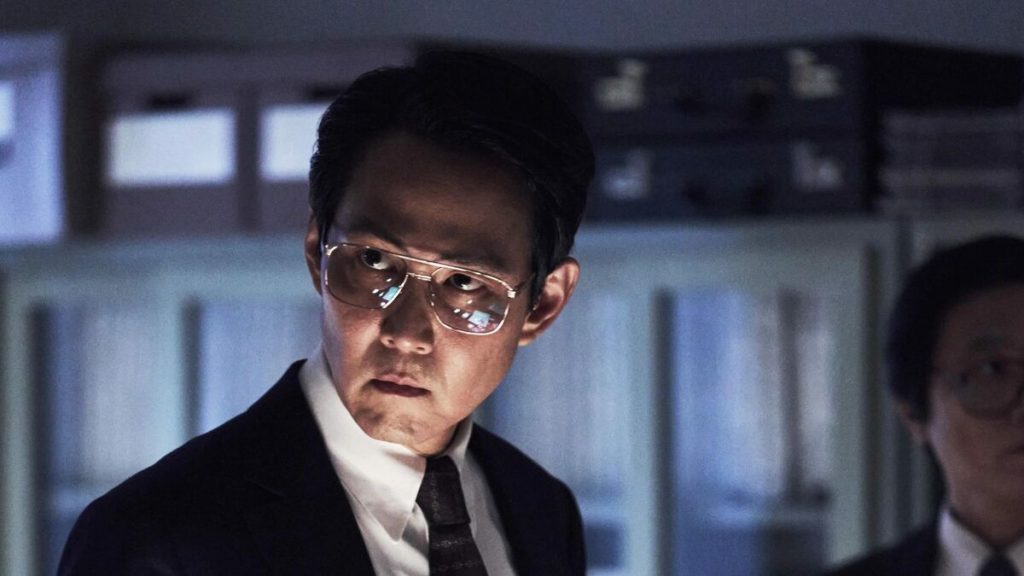 In this 1980s-set spy thriller, an intelligence chief uncovers a plot to assassinate the president of South Korea while hunting for a mole within his own agency. Korean with English subtitles.
Starring / directed by Emmy, Independent Spirit Awards, and Screen Actors Guild Awards winner Lee Jung-jae, the star of Squid Game!

“an electrifying espionage thriller…plunges the viewer into a labyrinth of secrets where nothing is quite what it seems. The result is one of the most impressive action movies in years.” (TIFF)

“The action comes thick and fast in this slick and densely plotted thriller that teems with double-crosses and crackling crossfire. The film proves to be a confident transition to the director’s chair for Lee, who gives his all both in front of and behind the camera.” (Fantastic Fest)