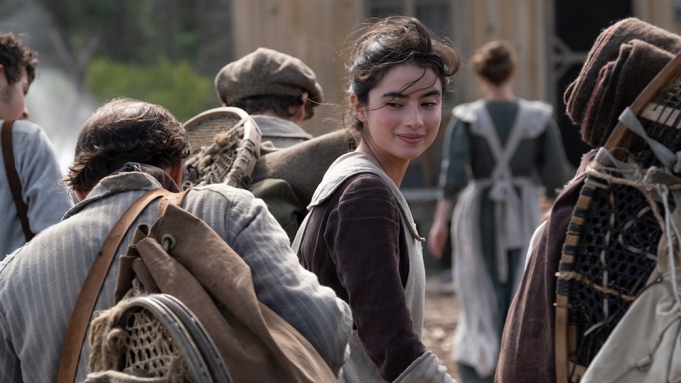 A young woman in rural Quebec in 1900 named Maria has the dilemma of choosing between three suitors, each promising a different life. Faced with events that jostle her, Maria must then take her destiny into her own hands. Thrust into the adult world, and juggling with thoughts of land, family and love, Maria will suddenly be forced to choose her future as a woman. French with English subtitles.

“an exquisite adaptation…Pilote’s film is a remarkable achievement: intimate yet epic, this Maria Chapdelaine feels as fully realized as an adaptation could be.” (That Shelf)

“a film not to be missed” (MTL Presse)

“A sweeping, impeccably photographed epic of staggering scope that taps into the seasonal rhythms of a life in the wild.” (Chicago Film Festival)

“a visual marvel…Maria Chapdelaine is a film full of love, yearning, and grief through the rosy-cheeked perspective of a girl coming of age. Thanks to its writing and tremendous cast, we are transported to a time where an easy life didn’t mean a fulfilling one, and freedom meant something different for those who lived off the land” (Original Cin)

Maria Chapdelaine tells the story of a young woman having to choose between three suitors promising each a different life. Faced with events that jostle her, Maria must then take his destiny into her own hands and decide what her future will be.
© 2022 Mayfair Theatre
Site by 3VL INC.