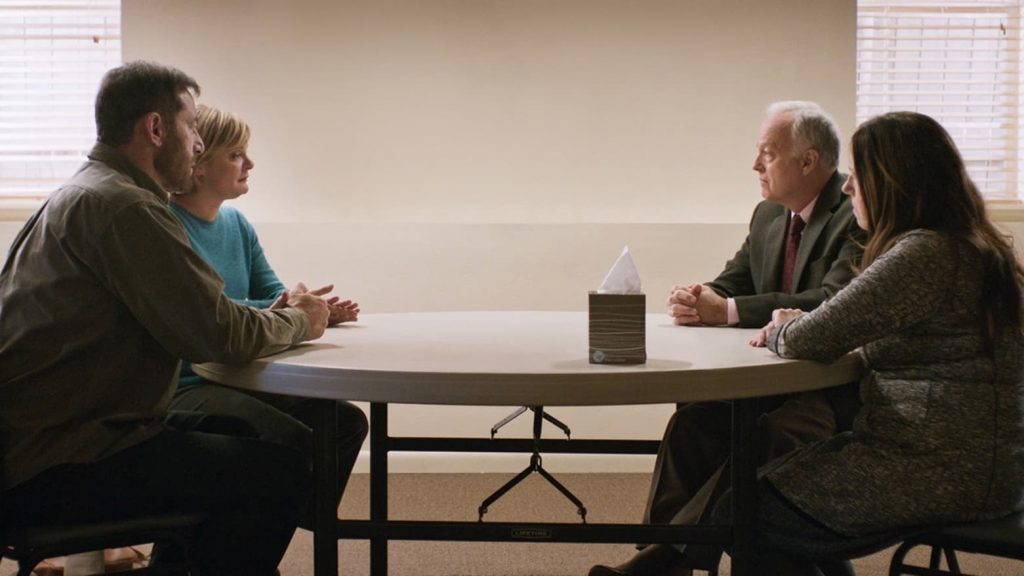 Years after a tragic shooting, the parents of both the victim and the perpetrator meet face-to-face.

5 Stars! “a devastating and thought-provoking drama…It’s a wonder that Mass is a directorial debut.” (Daily Mirror)

Grade A! “destined to live on in your mind” (Splash Report)

Grade A! “breathtaking and empathetic debut feature…a true film for our times if ever there was one…utterly essential viewing.” (Awards Watch)

10/10! “a nuanced and touching feature film. It is one of the most emotional and satisfying films of 2021. The performances from Ann Dowd, Reed Birney, Martha Plimpton, and Jason Isaacs are all exemplary. I admire this film as much as I loved it. I cannot wait to see what’s next from Mr. Kranz as a filmmaker.” (We Live Entertainment)

10/10! “I have yet to rate a film ten out of ten. That’s all about to change today, because Mass is just that good…the acting from the four lead actors is just superb. It is all so riveting and mesmerizing” (Cultured Vultures)