An actress longing to be a star. A woman searching for herself. Both worlds will collide… on Mulholland Drive. 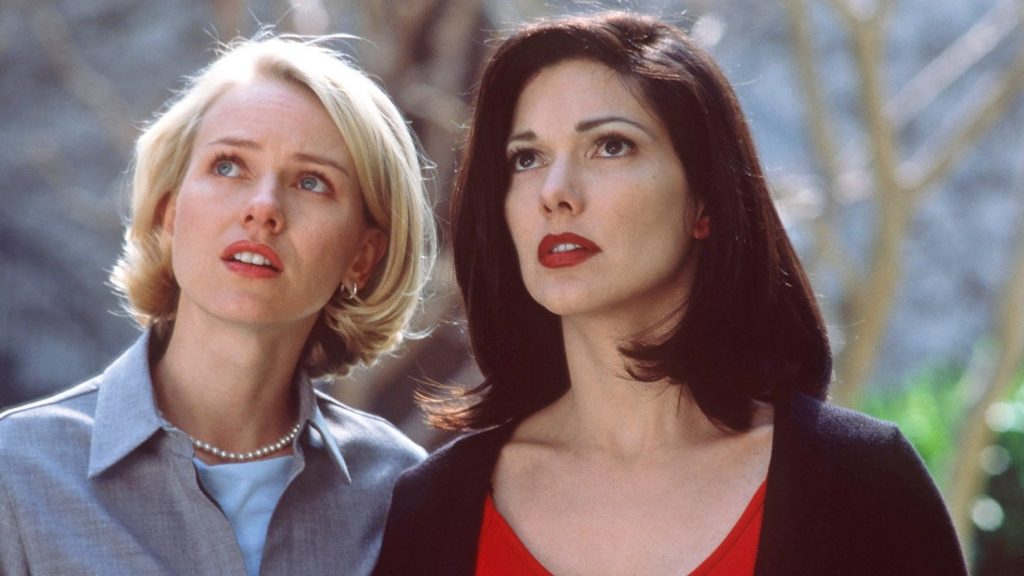 After a car wreck on the winding Mulholland Drive renders a woman amnesiac, she and a perky Hollywood-hopeful search for clues and answers across Los Angeles in a twisting venture beyond dreams and reality.

5 Stars! “David Lynch at his most Lynchian: baffling, disturbing and cinematic…Lynch’s film rejects cinematic conventions yet is rooted in cinema’s great narrative and metaphysical traditions; the voices of Hitchcock, Argento and Bergman all echo along Mulholland Drive’s celluloid highway” (Cinevue)

Blonde Betty Elms has only just arrived in Hollywood to become a movie star when she meets an enigmatic brunette with amnesia. Meanwhile, as the two set off to solve the second woman's identity, filmmaker Adam Kesher runs into ominous trouble while casting his latest project.
© 2022 Mayfair Theatre
Site by 3VL INC.