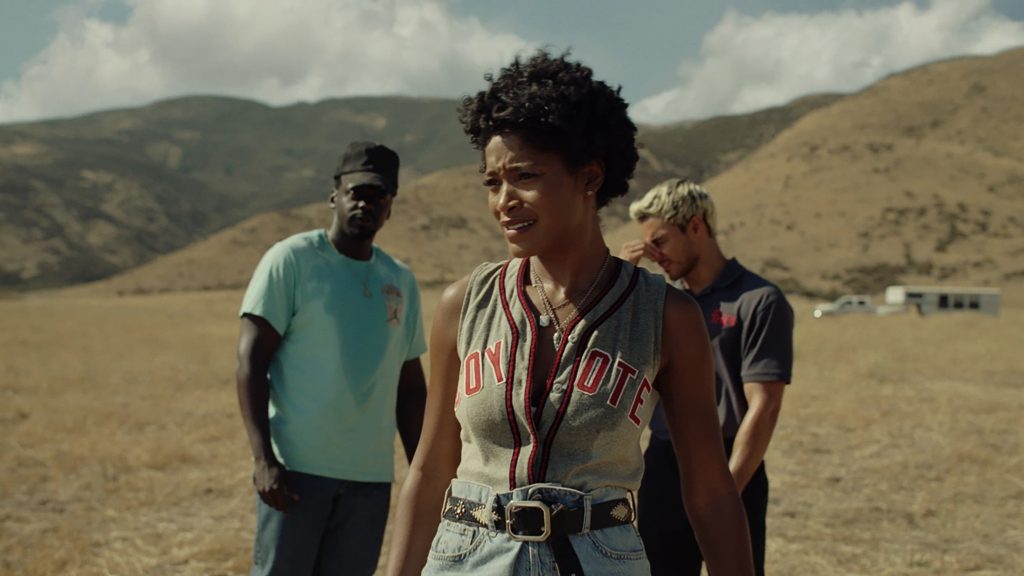 The residents of a lonely gulch in inland California bear witness to an uncanny and chilling discovery. The latest from Academy Award winning writer/director Jordan Peele!

5 Stars! “It’s a clever and weird throwback of a film…a hell of a script…It’s also an incredibly arresting film visually. The sheer scope of the aesthetics is mesmerizing…Another excellent production from the mind of a generational talent.” (The Maine Edge)

5 Stars! “Nope is one of the most invigorating pieces of science fiction in recent years and sees a master of his craft delivering a spectacle where you can’t avert your gaze…It’s Peele proving again that he is a master at his craft, working within genre conventions to provide unique experiences that are shaped by his love of cinema.” (Tilt Magazine)