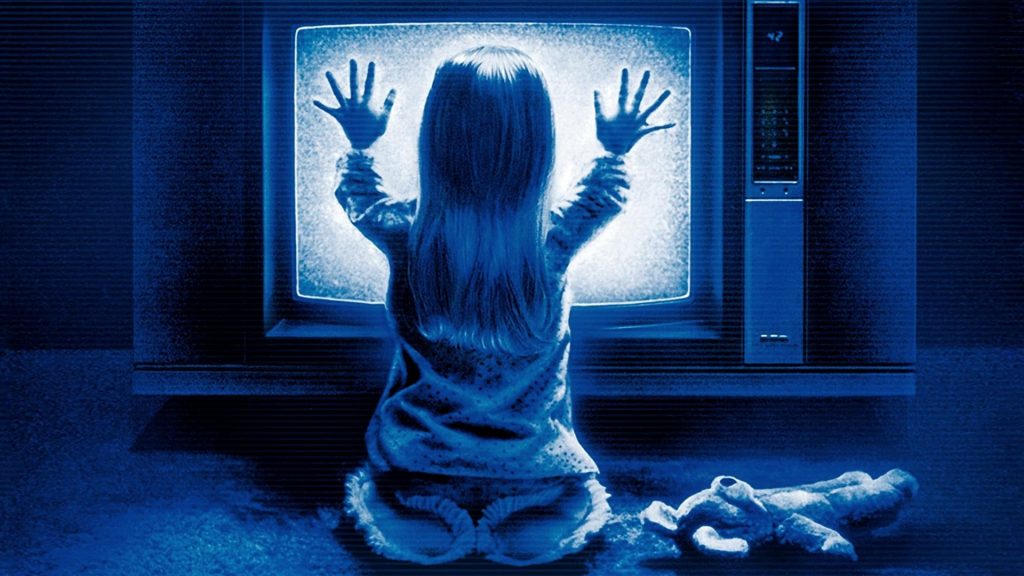 A family in Southern California moves into a newly built suburban neighbourhood. Strange happenings begin with just a few odd occurrences, such as broken dishes and furniture moving around by itself. However, when they realize that something truly evil haunts their home, they call in a team of parapsychologists to attempt to help before it’s too late.

“Poltergeist is one of the best horror movies released in the past 50 years…will forever remain the ultimate in horrific ghost stories.” (Pop Horror)

“one of the more eerie Hollywood horror films ever. It is a slick, entertaining ghost story” (The Ringer)

Steve Freeling lives with his wife, Diane, and their three children, Dana, Robbie, and Carol Anne, in Southern California where he sells houses for the company that built the neighborhood. It starts with just a few odd occurrences, such as broken dishes and furniture moving around by itself. However, when he realizes that something truly evil haunts his home, Steve calls in a team of parapsychologists led by Dr. Lesh to help before it's too late.
© 2022 Mayfair Theatre
Site by 3VL INC.