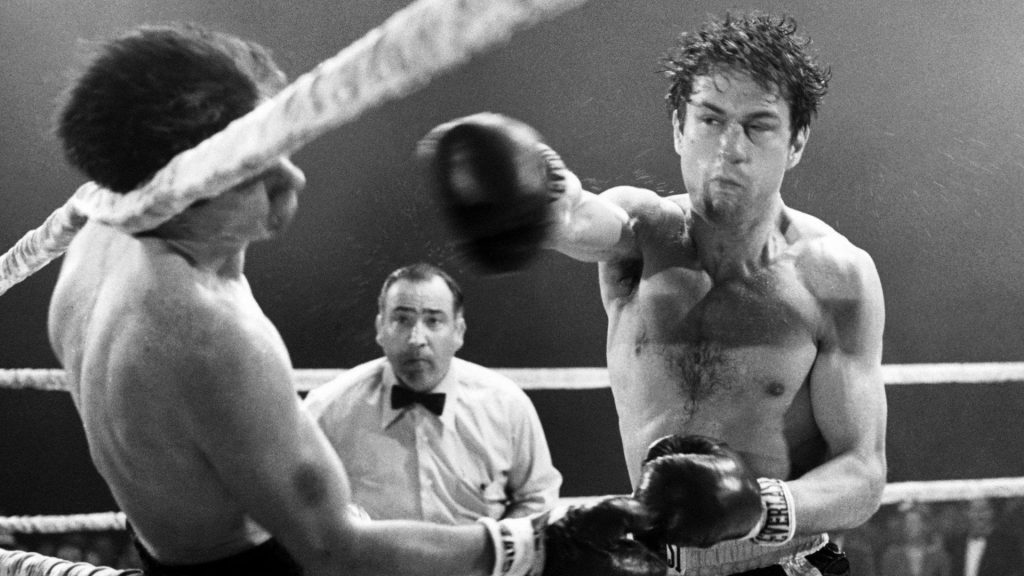 The life of boxer Jake LaMotta, whose violence and temper that led him to the top in the ring destroyed his life outside of it.

5 Stars! “the greatest movie of the 80s and it is, arguably, the director’s most triumphant accomplishment…explodes with imagination and life, revealing the thunder, sensitivity, and artistry of a director on a continuous creative high, aware of his own abilities and unafraid to unleash them on the screen.” (BBC)

5 Stars! “Raging Bull is everything it is cracked up to be…Martin Scorsese laid down a peerless imprint of what cinema could aspire to — art, truth and exhaustion.” (Empire)

5 Stars! “De Niro is brilliant, as are the then-untried Pesci and Moriarty, and Scorsese pulls out all the tricks (slo-mo, visceral sound effects, twitchy editing) for a truly extraordinary modern classic” (Total Film)