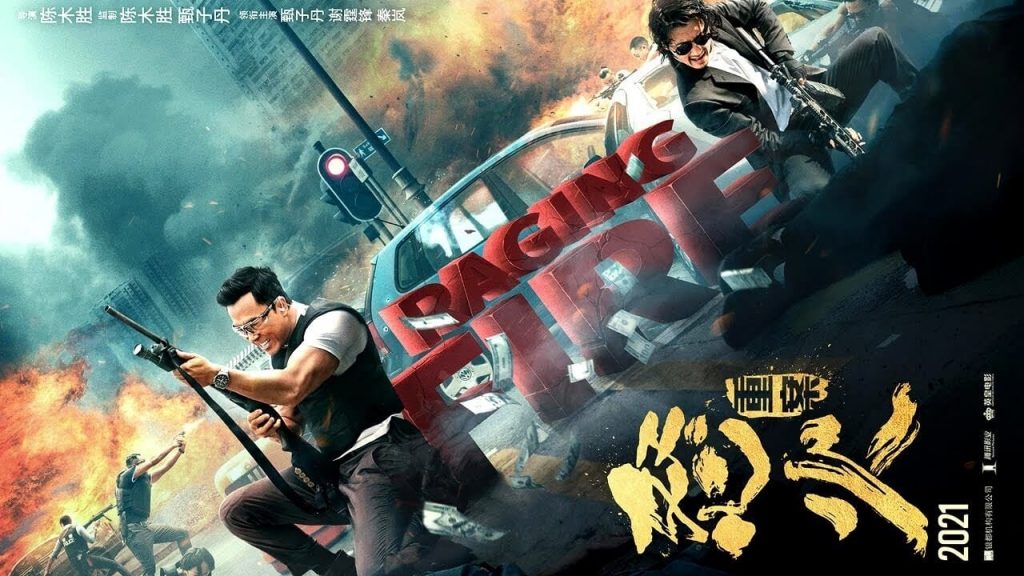 Shan is a cop who’s is admired by the police force. One day, his past comes back to haunt him when his operation is attacked by a mysterious group of criminals led by his former protégé.

Grade A! “a top-tier action banger of epic proportions. This sprawling, Heat-inspired cops-and-robbers opus delivers in all the right ways and rules every ounce as hard as one might hope…Raging Fire is nothing short of an absolute must-watch-ASAP for any action fan. It’s tense and thrilling, brutal and fast-paced…if there’s a better action movie this year, we’re damn lucky.” (The Last Thing I See)

“the performances from Yen and Tse will pull you in while the escalating stunt sequences will blow your mind…a top tier Hong Kong action cinema experience…it’s about as perfect a throwdown as possible.” (Elements Of Madness)

“just the sort of brawling, chasing, face-off fireworks one hopes for in a Hong Kong thriller…theatrical gunplay and desperate-intimate fights that are blurs of kicking, punching, shooting and writhing take you back to a time when Hong Kong action pics were all the rage because of their original, operatic take on archetypes and violence at its most personal.” (Movie Nation)

“watch Yen crank his athletic powers to new heights, relentlessly delivering a mega-blast of dynamic action that will kick the ultimate blood rush to your sensory organs.” (Fantasia)

Shan is a highly respected cop with a long history of success in dangerous cases, however, his past soon comes back to haunt him when his former protégé seeks revenge against all those who have wronged him.
© 2021 Mayfair Theatre
Site by 3VL INC.