Suspiria with Live Music by Goblin!

The only thing more terrifying than the last 12 minutes of this film are the first 80. 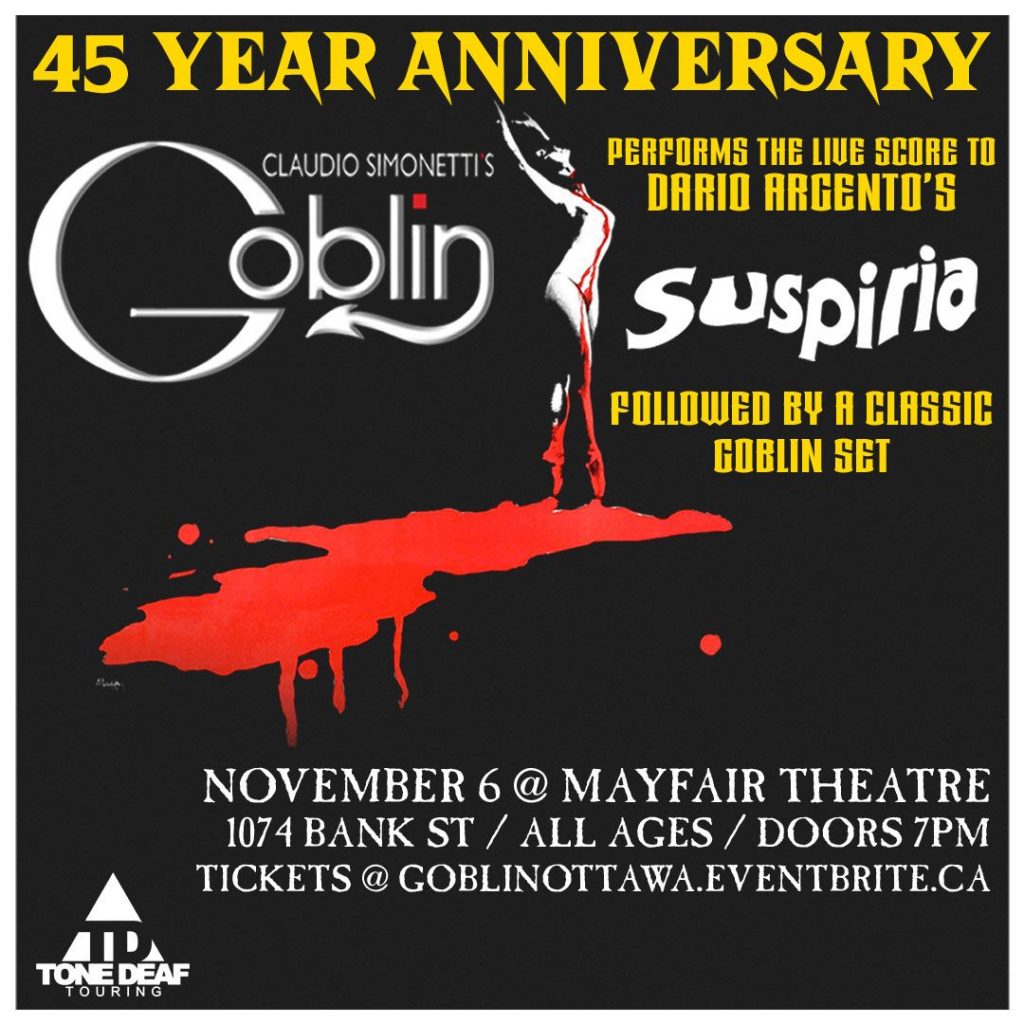 An American newcomer to a prestigious German ballet academy comes to realize that the school is a front for something sinister amid a series of grisly murders.

5 Stars! “The beauty of this film is hypnotic. It draws the viewer in, casting a spell of its own. It is utterly bewitching.” (Eye For Film)

5 Stars! “A wild feast of imagery that has never since been duplicated.” (FilmCritic.com)

“A masterpiece that should be viewed by movie buffs, and film students alike.” (Cinema Crazed)

Composer Claudio Simonetti has written and recorded some of the most influential soundtracks in horror, including Dawn of the Dead, Demons, Deep Red, Tenebre, and countless others, with his seminal work still informing the genre to this day. This year, Simonetti’s Goblin celebrates the 45th Anniversary of Dario Argento’s iconic picture, Suspiria, with a live performance of the score set to a screening of the film. Following the finale of the cult classic, the collective will return after a brief intermission to deliver a set of quintessential Goblin material alongside clips from the songs’ cinematic counterparts.

*This event is a rental. Normal Mayfair prices and memberships do not apply.

*Please take note that doors open at 7:00pm, one hour before showtime for this event. We encourage people to arrive early. We have a small box office, a small candy bar, and a single-screen cinema, meaning that when most of an audience shows up a few minutes before showtime, it causes a bottleneck. If possible, we appreciate you arriving a little bit early to pick out your seat and get your popcorn. Thanks for your help!