The greatest adventure a man ever lived… with a woman! 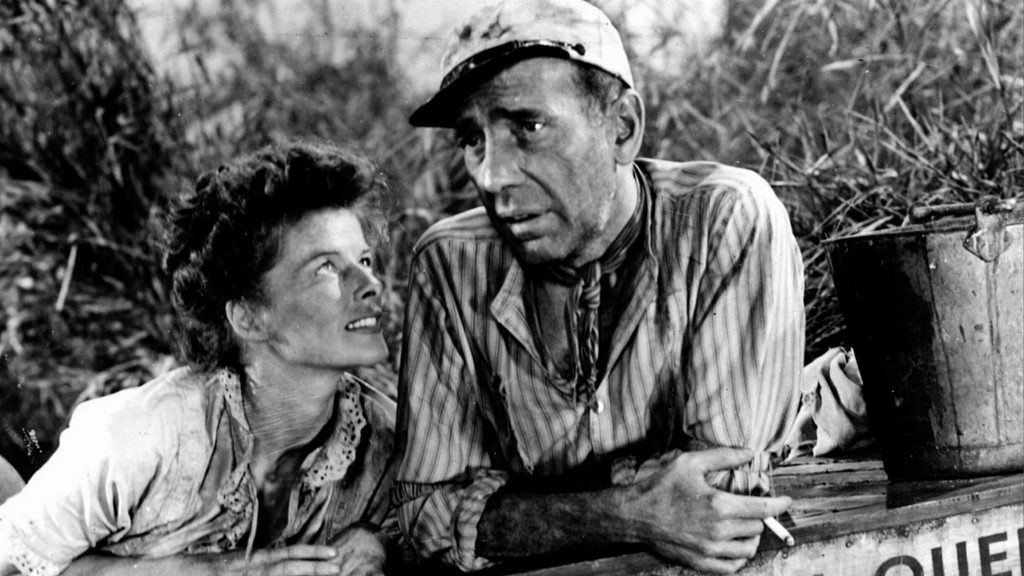 In WWI East Africa, a gin-swilling Canadian riverboat captain is persuaded by a strait-laced English missionary to undertake a trip up a treacherous river and use his boat to attack a German gunship.

Score: 10/10! “The acting is flawless…hilarious, touching, and decidedly believable…It’s a film that can be watched again and again for its lighthearted characters, abundant humor, and magical chemistry.” (Gone With The Twins)

At the start of the First World War, in the middle of Africa’s nowhere, a gin soaked riverboat captain is persuaded by a strong-willed missionary to go down river and face-off a German warship.
© 2022 Mayfair Theatre
Site by 3VL INC.