Once again - the whole world laughs! 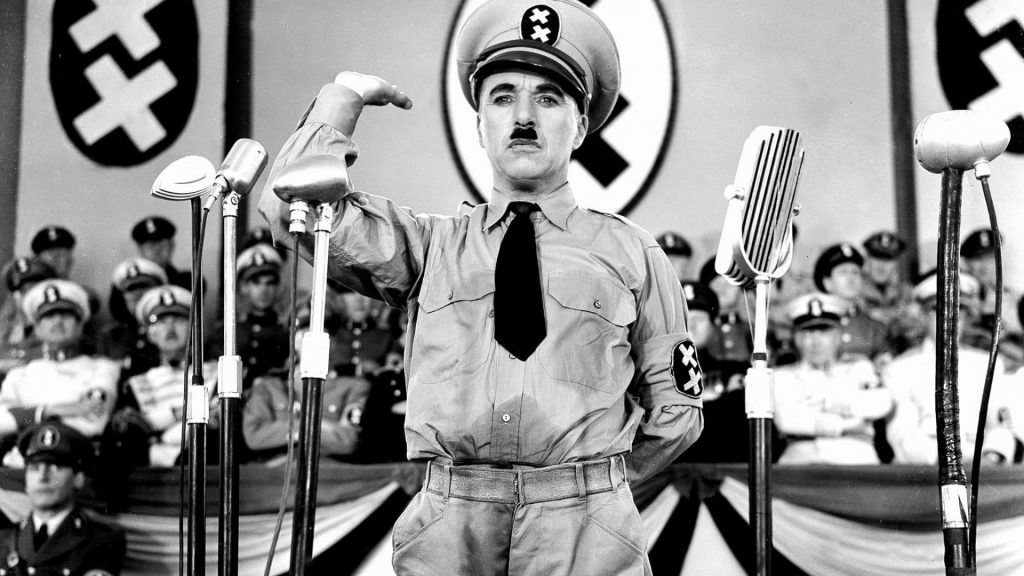 Dictator Adenoid Hynkel tries to expand his empire while a poor Jewish barber tries to avoid persecution from Hynkel’s regime.

4/4 Stars! “Chaplin’s unflinching work stands as an example of humanism rising to the forefront of cinema” (Deep Focus Review)

4/4 Stars! “It may be Chaplin’s greatest work” (Combustible Celluloid)

4/4 Stars! “In the classic Chaplin tradition, the movie has a richness of gags and comic pantomime…It is a funny film, which we expect from Chaplin, and a brave one.” (Roger Ebert)