The true story of a woman who defied a nation and made history. 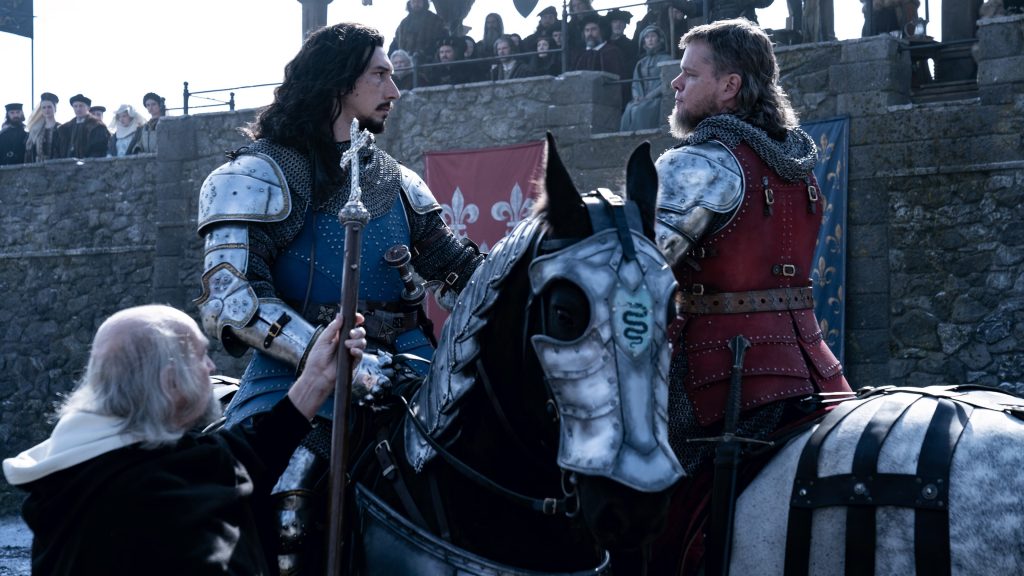 5 Stars! “The actors do excellent work…The film is beautifully shot…It’s a perfect package of a film” (National Post)

5 Stars! “brilliantly acted medieval saga which finally reunites Good Will Hunting Oscar winning duo Matt Damon and Ben Affleck…The Last Duel feels both epic and a hugely compelling watch…This is a true return to form for Scott and a brilliant testament to Affleck and Damon’s unparalleled screenwriting expertise. A genuinely stunning spectacle from start to finish” (The Jewish Chronicle)

5 Stars! “Scott’s handling of the subject is truly something splendid, transforming this monumental war film into a sleek thriller…This spectacular film will have your heart both racing and breaking.” (The Sun UK)

5 Stars! “With a remarkably topical script, a trio of terrific performances and Scott’s top-of-his-game direction, it’s one of the best films of the year…The Last Duel is a gripping and surprisingly relevant historical drama…Brilliantly acted and cleverly written…and is sure to feature heavily in this year’s Oscar race…a truly spectacular movie. Don’t miss it.” (Hero Collector)