The Man Who Shot Liberty Valance

Two great stars together for the first time! 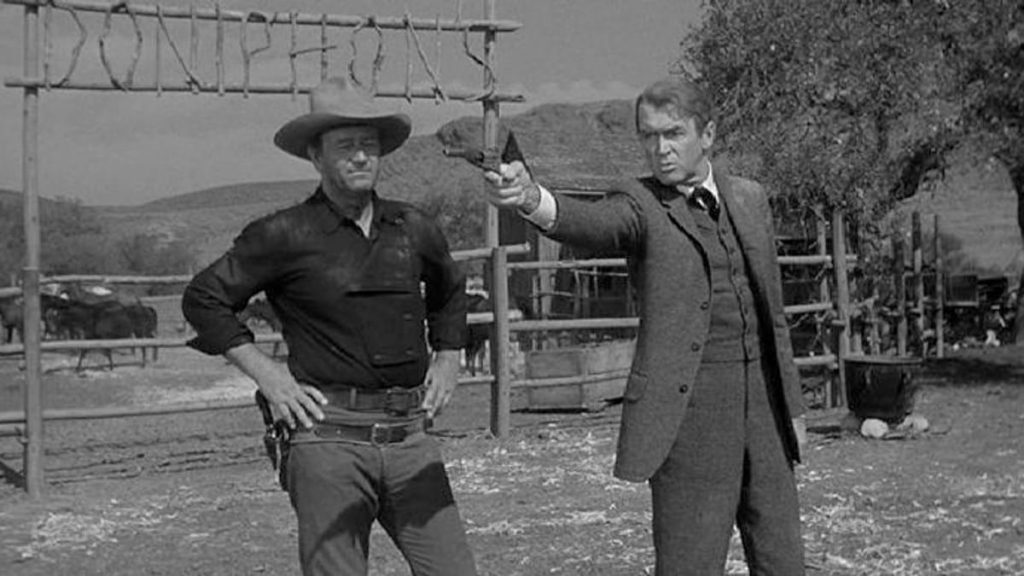 A senator returns to a western town for the funeral of an old friend and tells the story of his origins.

4/4 Stars! “created much of the mythology of the Old West we carry in our minds…a gripping story” (Roger Ebert)

4/4 Stars! “one of the greatest Westerns ever made” (Film Frenzy)

Join us for a Western Mini-Film Festival featuring the work of five American Master Filmmakers throughout July!

A senator, who became famous for killing a notorious outlaw, returns for the funeral of an old friend and tells the truth about his deed.
© 2022 Mayfair Theatre
Site by 3VL INC.