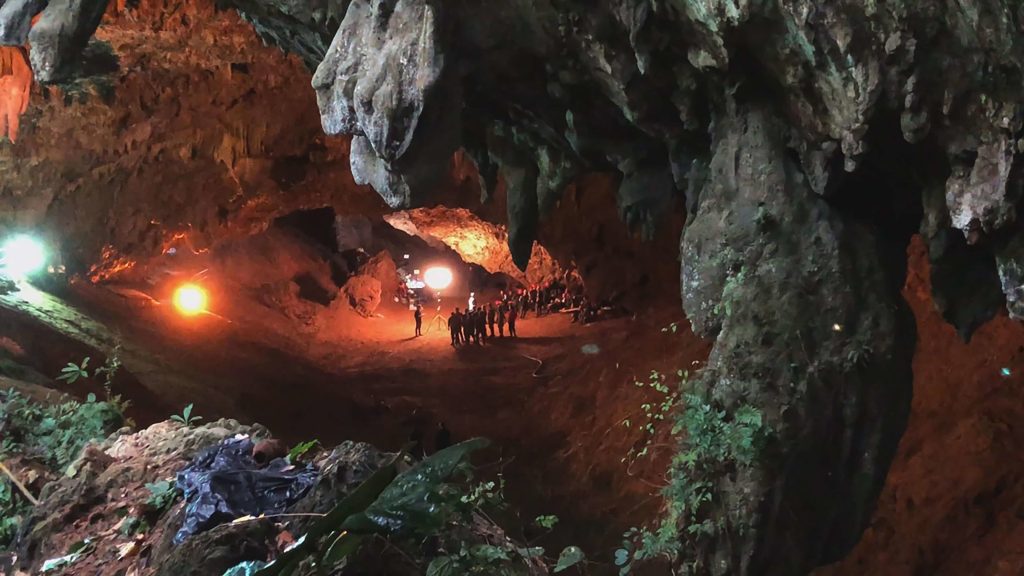 A chronicle of the enthralling, against-all-odds story that transfixed the world in 2018: the daring rescue of twelve boys and their coach from deep inside a flooded cave in Northern Thailand. From the Academy Award winning directors of Free Solo!

4/4 Stars! “not just hair-raising, immersive and visually stunning, but insightful and emotionally stirring” (The Washington Post)

4/4 Stars! “the documentary of the year. More thrilling than any big-budget Hollywood action movie and just as emotional as any Oscar-winning drama… Looking away from the screen is impossible because it holds you in rapt attention from beginning to end. It’s safe to say that I will never forget or fail to be inspired by the heroism The Rescue so poignantly celebrates.” (The Aisle Seat)

5 Stars! “an inspiring, emotionally intense documentary…The footage is absolutely jaw-dropping…The documentary feels like a miracle in itself.” (Common Sense Media)

Follows the rescue of a Thai soccer team trapped in a cave for 16 days.
© 2022 Mayfair Theatre
Site by 3VL INC.