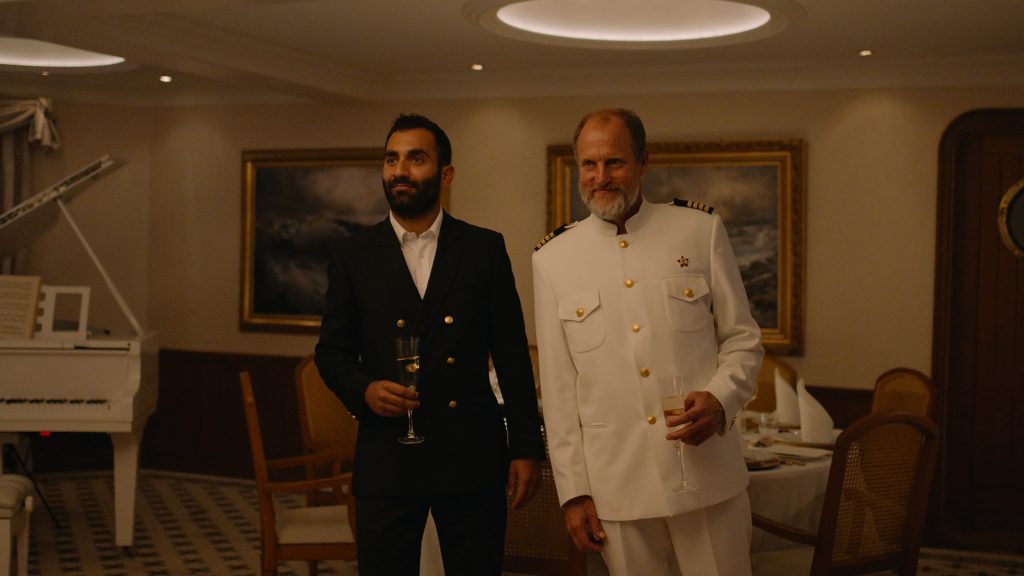 A celebrity model couple are invited on a luxury cruise for the uber-rich, helmed by an unhinged captain. What first appeared Instagrammable ends catastrophically, leaving the survivors stranded on a desert island and fighting for survival.

4/4 Stars! “social satire of the highest order…enormously entertaining…This is one of my favorite films of the year.” (The Aisle Seat)

5 Stars! “bold and brilliant” (The Telegraph)