Poison, Drowning, Claw, Or Knife. So Many Ways To Take A Life. 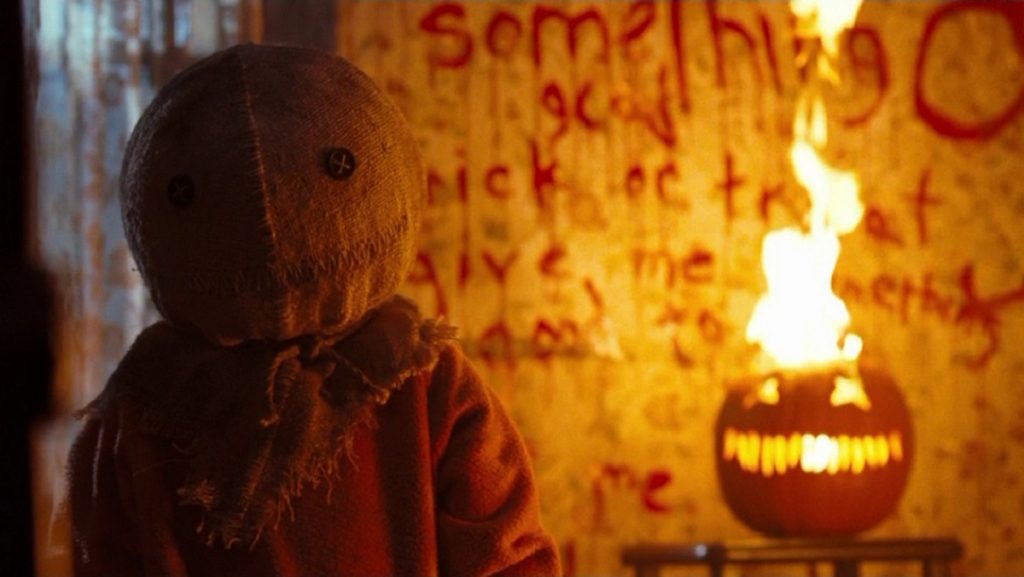 The Halloween anthology fan favourite started a film fest run at the end of 2007, and was released on DVD for Halloween 2009, but has never been released theatrically until now!

Four interwoven stories that occur on Halloween: an everyday high school principal has a secret life as a serial killer; a college virgin might have just met the one guy for her; a group of teenagers pull a mean prank, and a bitter old recluse receives an uninvited guest.

5 Stars! “One of the best horror anthologies of all time, and a no-brainer to watch every Halloween season, Trick ‘r Treat is a rare modern classic that hits all the marks and then some.” (Dredd Central)

5 Stars! “It’s basically the perfect film to help get you into the Halloween mood…I defy you to give me a better modern Halloween anthology than Trick ‘r Treat.” (Bloody Disgusting)

4.5/5 Stars! “enormously well-received…The film quickly took on the aspect of a legend, loved by all who knew it and lusted after by those who didn’t…Trick ‘r Treat is top-shelf horror” (Alternate Ending)

3.5/4 Stars! “A loving ode to the season of the witch…it’s a great film…the picture is such a joy to watch” (The Film File)