Nosferatu – with a LIVE music score from Shooting Guns!

ADMISSION
Admission to this special screenings is value-priced at just:
$12 children, members, students and seniors | $15 non-members
And as always, annual memberships are available for only $10!

“Shooting Guns has a way with monsters. The Saskatoon six-piece created a brutally fun soundtrack for the made-in-Saskatchewan horror-comedy WolfCop in 2014 and, as a perfect Halloween treat, will provide a live score to the silent vampire classic Nosferatu.” (Saskatoon Star-Phoenix) 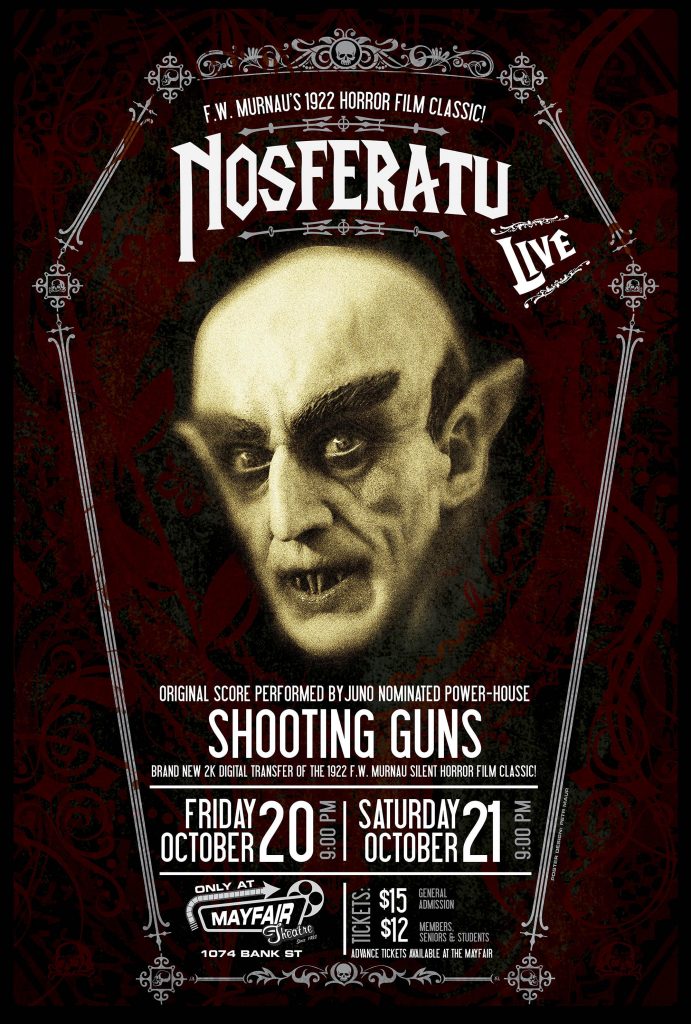