We continue our epic six year long Friday The 13th Film Fest with movie two of twelve!
Months after Alice beheaded psycho killer/Jason’s mother Pamela Voorhees at Camp Crystal Lake, survivor Alice is still traumatized. But, there is one problem: Mrs. Voorhees’ son Jason never drowned.
Five years later, a camp counselor-in-training program begins at Packanack Lodge, near Camp Crystal Lake. As teenagers in the program start snooping around Camp Crystal Lake, they start getting killed off one by one. 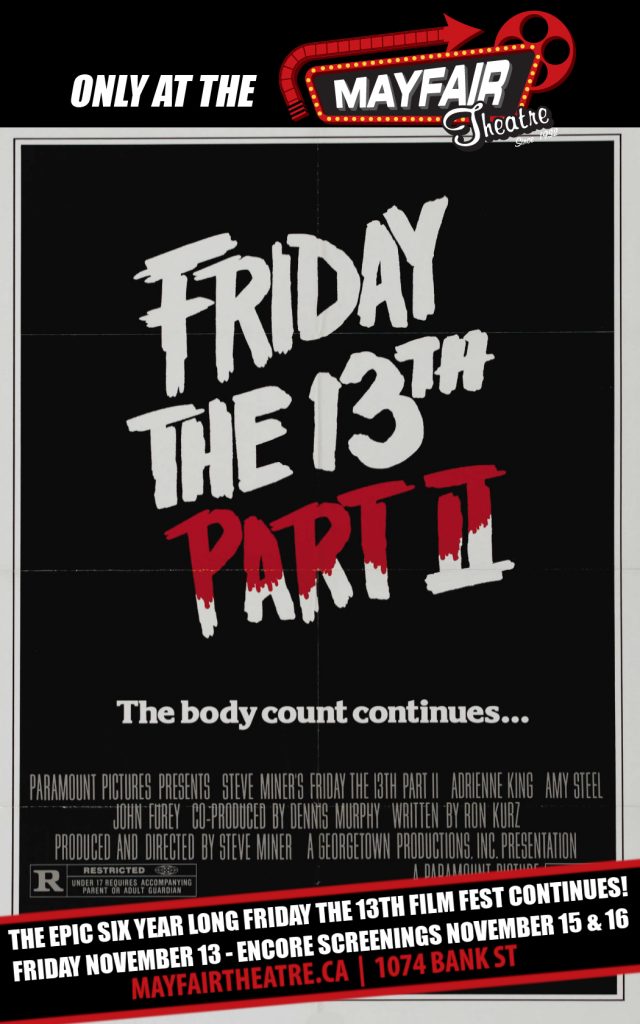