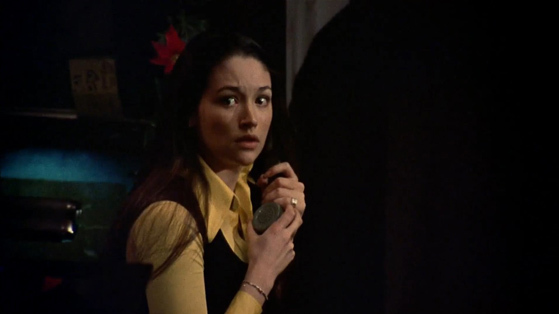 During their Christmas break, a group of sorority girls are stalked by a stranger. The original Canadian classic from 3x Genie Awards winning director Bob Clark!

4/4 Stars! “influential horror classic…energetic direction and suspense savvy. Generally heralded as the first of its kind, Black Christmas may actually be one of a kind.” (Film Freak Central)

“From ‘When a Stranger Calls’ to ‘Scream,’ every great slasher film owes a debt to Bob Clark’s 1974 groundbreaking cult classic” (The Ringer)

“launched an entire horror genre…creates a primer for many of the slasher victim archetypes…fascinating character work, timeless scares, and chilling plausibility.” (Thrillist)

“a holiday classic and a film that builds horror’s foundation” (But Why Tho?)