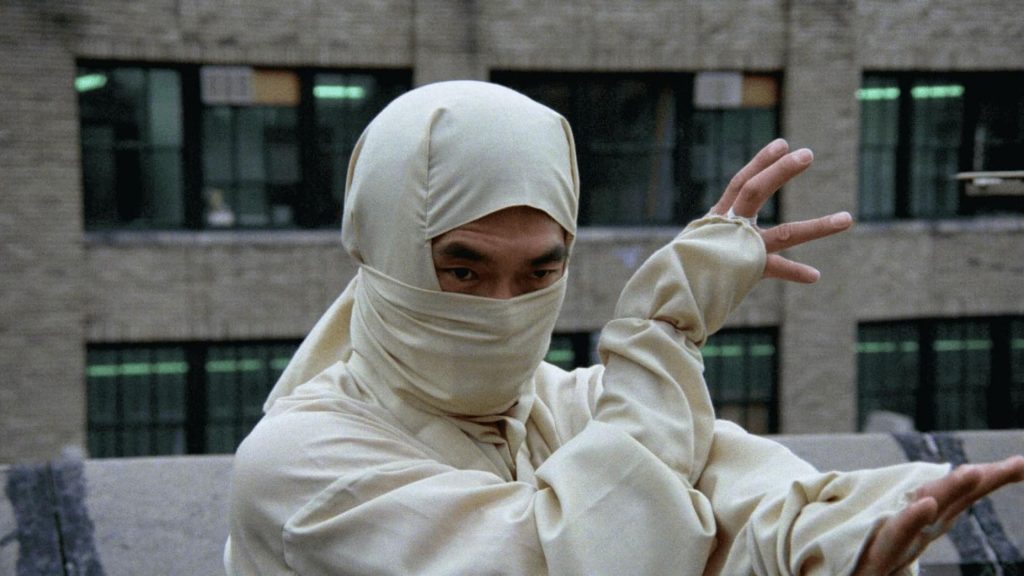 A sound technician for a news station becomes a vigilante ninja in New York City after his wife is murdered.

Shot entirely on 35mm in 1984, but abandoned during production resulting in all original sound materials, scripts, editing notes, and treatments going missing. The rights and unedited original negative were subsequently acquired by Vinegar Syndrome, who have meticulously constructed and completed the film, enlisting the talents of genre film superstars Don “The Dragon” Wilson, Michael Berryman and Cynthia Rothrock to voice the leads.

“Are you ready to discover your new favourite cult film? Trust us when we say nothing can prepare you for the madness of New York Ninja…a true cinematic celebration of the martial arts films that we all adore as well as a love letter to the enduring power of cinema” (American Cinematheque)

“a monstrous masterpiece of action camp that must be seen to be believed…New York Ninja is a crowd-pleaser from the word “Go!”…the kind of gem that demands viewing with a crowd. This is the reason we go to the cinema in the first place, to be a part of something special, to commune with our film-loving families and share not just a movie, but an experience.” (Screen Anarchy)

“It’s marvellously entertaining…For it to have remained lost would have been a tragedy.” (Eye For Film)

After his wife is murdered, a man becomes a ninja to take revenge on her killers across the streets of New York, in this film that was originally abandoned in 1984 until it was discovered and completed by Vinegar Syndrome.
© 2022 Mayfair Theatre
Site by 3VL INC.